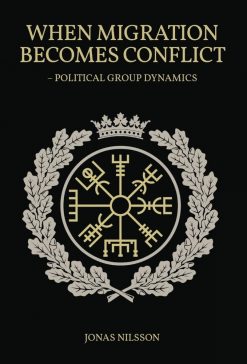 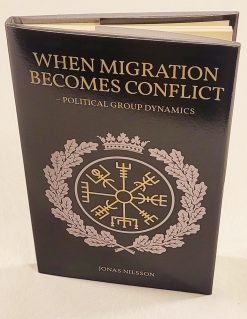 To understand what the true political challenge of our time is, we have to observe the opposition of establishment. What does this opposition want to prevent and change? What political issue causes hostility in society, and causes division between our political leadership, including the ones they represent, and the opposition? The climate issue is not the barrier between opposition and establishment. It is demography, immigration and multiculturalism that is our main political conflict.

This sort of specific political group dynamics, which these essays and speeches concern, is based on the inevitable identity of your origin. An identity is something you cannot leave, because regardless where you are, you are right there. You wear identity markers whether you want it or not. Although you don’t consider yourself as white, with a white identity, you still are white, and others will see that, whether you choose to see it or not.

Jonas Nilsson holds a BA in Political Science from the Swedish Defense University in Stockholm. Nilsson freelances as a political analyst, and is an experienced political dissident, in Sweden as well as in South Africa. He also has a broad knowledge of military skills and tactics, and experience from the French Foreign Legion and the Ukrainian conflict.