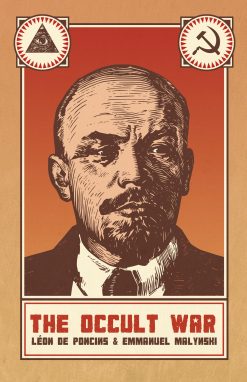 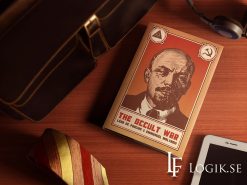 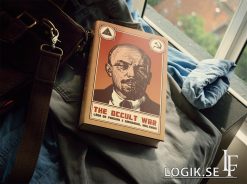 ”Emmanuel Malynski spent thirty years of his life directly observing the development of the modern revolutionary movement around the world, devoting an almost visionary intelligence and clear-mindedness to this task. … From our mutual collaboration this book has sprung, which explores the secret history of subversion, a terrifying history that has never been written before, but which is starting to come to light.”

– Léon de Poncins, from the Foreword

”One of the great merits of this work is that it emphasises the metaphysical essence of the revolutionary movement, by showing how that which is being fought nowadays is not so much a political and social war as a religious one – a battle between two supra-national fronts more than one for the interests of individual nations, races, or parties; that what we are witnessing today, then, is a possibly decisive phase in the clash between two antagonistic worldviews, with more than simply human forces at work on both sides. Hence, this is not merely a book of rebuke and anti-Semitic or anti-Masonic polemic: rather it directly or indirectly offers the reader many cues to develop a positive, constructive, or re-constructive orientation focused on the essential rather than the accessory, and devoid of any attenuation.”

– Julius Evola, from the Introduction

The original edition of this book was published in French in 1936. The Italian traditionalist philosopher Julius Evola translated the book into Italian, and published it 1939, adding his own Introduction and an additional chapter after an agreement with de Poncins. This translation is based on both editions, including Evola’s Introduction and chapter as well.

Evola also made a number of interesting alterations to the text, occasionally adding, removing, or rewriting small parts of the French original. We have noted these changes in the footnotes, as they offer an insight into the different ways in which de Poncins and Evola approached the same issues. Included in this edition is also two appendices: Evola’s essay ‘Considerations on the Occult War’, which is a 1938 essay on this topic; and a review of the French edition of the book that was published by the first traditionalist philosopher, René Guénon, in 1936.