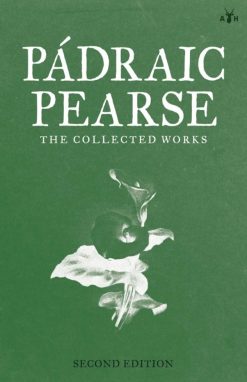 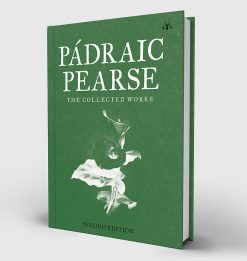 The Collected Works of Pádraic Pearse

Pádraic Pearse held many titles; academic, teacher, brother, son, and revolutionary, but, before all else, Pearse was an Irishman. Born in 1879, Pearse dedicated his life to Ireland and the liberation of Ireland from British rule. In May 1916, he paid the ultimate price for this dedication. Pearse was martyred for his role in forming The Provisional Government of the Irish Republic and the events surrounding what became known as the Easter Rising.

The Collected Works of Pádraic Pearse include his essays, speeches, and select poetry, written between the years of 1912 and 1916. His first essay ”The Murder Machine” (1912) details his argument that the existing Irish education system is a means of repression and cannot be reformed, only destroyed and replaced. As an educator and academic, Pearse details his experience and proposal for a new system based on the Irish tradition and temperament.

His next essays include reflections on the failed previous national revolutions of Wolfe Tone and Robert Emmet, a loving graveside oration for his friend and Fenian revolutionary O’Donovan Rossa, and his exhortations to the Irish people detailing the nationalist cause and demanding recruits. Pearse also provides a detailed analysis and comparison of previous Irish nationalists-Theobald Wolfe Tone, Thomas Davis, James Fintan Lalor, and John Mitchel-who he referred to as ”ghosts” haunting the spirit of the Irish, begging Pearse and his contemporaries to raise the flag in their stead and overthrow their English lords.

Full of poetic interjections in both English and Gaelic throughout the book, The Collected Works concludes with four poems-The Fool, The Rebel, The Mother, and The Wayfarer-indicating that Pearse, though resolute and commanding in his essays and speeches, also held a calm and loving relationship with Irish nationalism.