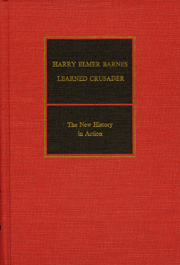 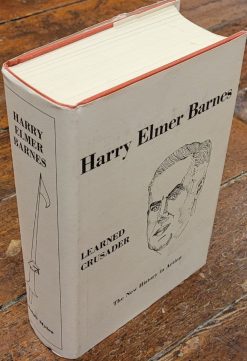 This encyclopedic work is more than an impressive collection of great historical texts in a number of historic issues. It is also a book of remembrance (Festschrift) over the great American thinker and writer Harry Elmer Barnes (1889-1968) life and work.
Barnes is considered one of the 1900s foremost historians but his revisionist views on both the first and second world war forced him to pay a high price. Barnes doubted, however, never let their research to be a beacon instead of political correctness.
In this comprehensive book that is not less than 918 pages involved several of Barnes friends. Among the authors involved are Arthur Goddard, George Andrew Lundberg, Marguerite J. Fisher, Leslie White, James J. Martin, John C. Duvall and many more which together give a fair biography of the great fearless historian and fredsivraren.